This week we made the most of Noma’s sabbatical in Sydney by heading to the restaurant that is temporarily taking over the Noma space in its absence – 108. 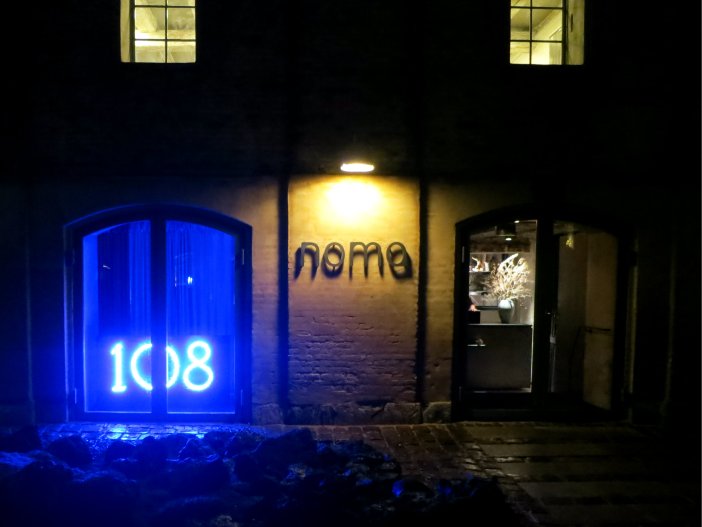 Close, but not quite Noma…

As much as our general health has been improved by Anthony’s latest extreme dietary regime, it was nice to get out and about and start to make the most of what København has to offer.

My general approach to food blogging seems to be I’ll only take photos at the table if it cost less than ten bucks and/or no-one is watching while I do it. Needless to say there are no shots of what we ate at 108… I can, however, give you a run down of the suitably eccentric ‘new Nordic’ feast that we had. To be honest, the menu descriptions are the most fun part – they make it all sound a lot more insane than it actually was…

The verdict: fresh pine needle, celeriac, hay cheese and blackcurrant wood oil are my new favourite foods, Anthony has a new favourite red wine – BRUTAL – RÈMI POUJOL – and we both want to go back and re-order double helpings of the ox-tails, celeriac and rausu kombu ice cream. It was the best fancy restaurant dessert I’ve had. I’m calling it.

Also, to clarify, the milk skin and sautéed pigtails dish was nowhere near as out there as it sounds – the milk skin was kind of like a crepe that they wrapped the meat (pigtails!) and herbs in. It had the structural integrity of, well… a milk skin, so I don’t think it’s going to become the default crepe material any time soon. It did give the meal an unusual underlying milky taste, but in a good way, I promise.

I did manage to take a sneaky photo of the suitably Scandi interior as we were clearing out… we had a 9.30pm sitting, so pretty much closed the place. Sheepskins for all! 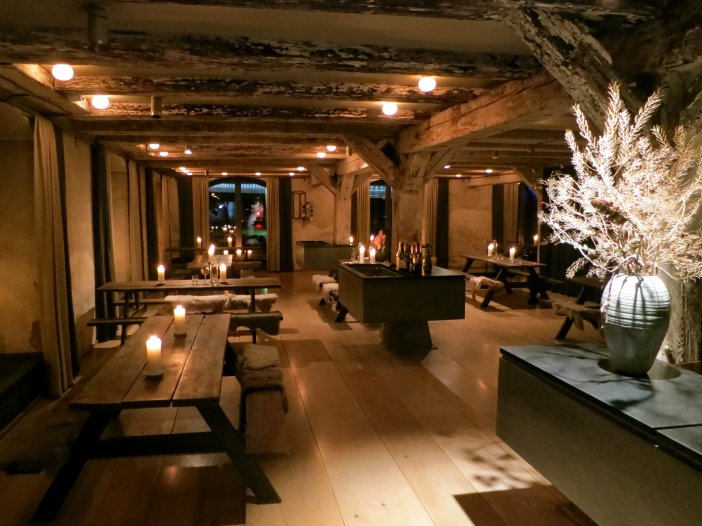 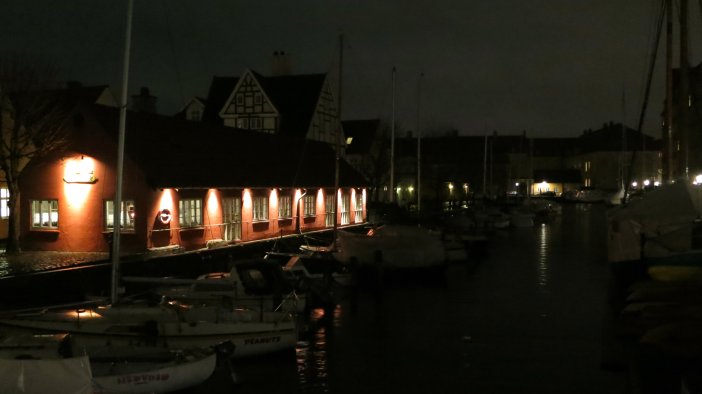